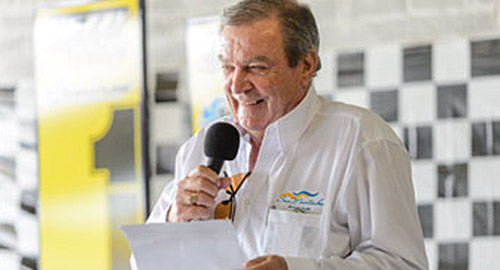 The Beekman Group’s year-end function was held at Dezzi South Coast Raceway on Thursday, 23 November 2017, which was a fitting end to a year that felt like it has rushed past! The atmosphere was charged with adrenaline, and the exciting day was enjoyed by our directors, head office staff members and resort managers. The food was great and the entertainment was even better. Not only was everyone enthralled by a thrilling show by extreme motorcycle act, the Le Riche brothers but some lucky staff members also won hot laps or a drifting experience – something that they will never forget!

“Thanks to all of you, we have once again had an excellent year, despite challenging conditions, not only for the economy but also for the timeshare industry as a whole,” said Managing Director, John Beekman.

Mr Beekman went on to share how the Group’s various business entities fared in the past year. “We have two new Holiday Club products being launched soon, Private Residence and the Go product. These, combined with the new Holiday Club Sales App, will make next year an exciting one for The Holiday Club™.

“Our BMP product has been received well and has been producing great returns of up to 15% for our investors while Anytime Holidays continues to amaze us as we expect to close with over 30% growth year on year. Finally, iExchange has had another solid year with some big industry players being signed up to use our home grown Vacation Compass software.

“The launch of the Beekman WAY has caused much excitement at both head office and our resorts and is already having a profound effect throughout the business. This can be seen by the constant increase in our online ratings,” he said. Mr Beekman thanked all the staff members for their hard work, and those who stood out this year were recognised for their consistent performance and sterling efforts.

RESORT OF THE YEAR AWARDS

EMPLOYEES OF THE YEAR AWARD