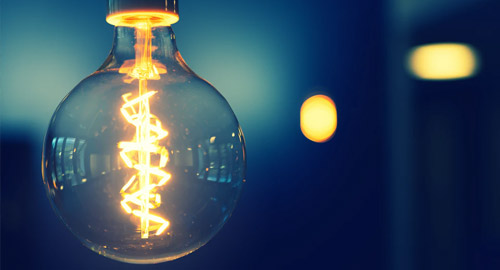 Due to the size of the Beekman Group the company has to face a lot of expenses. However, with the latest technology and a lot of team work, a lot of other expenses such as water and electricity can be reduced. These factors all contribute to help save the environment.

At Beekman House we have tried to conserve electricity by making a few simple changes. We have we moved away from the traditional fluorescent tube to LED bulbs to light our offices. These are a few of the reasons why:

For these reasons the Beekman Group has turned to LED lighting. Here are some of our latest statistics:

And this is not where the savings stop! We have air purifiers to help keep staff healthier and these have been connected to the office lights thus switching off when not necessary at night. The lift has a standby mode and if not used for 2 minutes shuts down, including lights.

We have recently removed geysers, reducing our electricity usage even more. In the newly re-vamped kitchens we have installed 10 litre under-basin Prisma heaters. This provides hot water when needed and thus eliminates the heating of unnecessary water. A similar system has been set up in the basement showers where the use of Speed Heat units has been fitted to the showers.

To save even more electricity, timers have been installed on all aircons units to shut down systems when not necessary (after hours, on weekends and public holidays).

When taking all these factors into consideration, the Beekman Group Head Office has managed to cut down on the wattage used by between 65% and 70%!

Water is fast becoming a scarce commodity (we all remember the salt water issue we recently experienced on the KZN South Coast!). To add to this saving we will shortly be revamping the bathrooms adding the latest in flush technology to the toilets. We have already installed sensor taps at the bathroom basins which are maintained on a regular basis. These shut off as soon as a person walks away from the basin eliminating any wastage.

Our car wash facilities now boast a new hi-pressure hose that reduces water wastage. A running tap uses 55L in one minute whereas the hi-pressure cleaner uses 9.5L per minute and at the same time gives us extra pressure to complete the required job faster with less water.

All our indoor plants as well as our Green Roof plants have been changed to more robust plants needing less water to maintain. We have already installed two more 10 000L water tanks and are now in the process of harvesting rain water. We’re in the process of adding a further 10 tanks to the system. This water will be used for the building’s toilets, car wash, aircons cooling tower and gardens.

With regards to recycling, we have recycling depots on each floor where paper, plastic, aluminium, batteries, glass and ink cartridges can be recycled. This is used on a daily basis by the staff and sorted by the Maintenance Department. Last year we recycled:

This included Nampak collecting and destroying reference material, converting to waste by means of bailing and pulping.

We are proud about the change we’ve been able to achieve. However, we’re even more excited about the future change that we’ll still see as we continue to reduce our carbon footprint. Join us and be a part of the incredible future we know we can create for our planet!